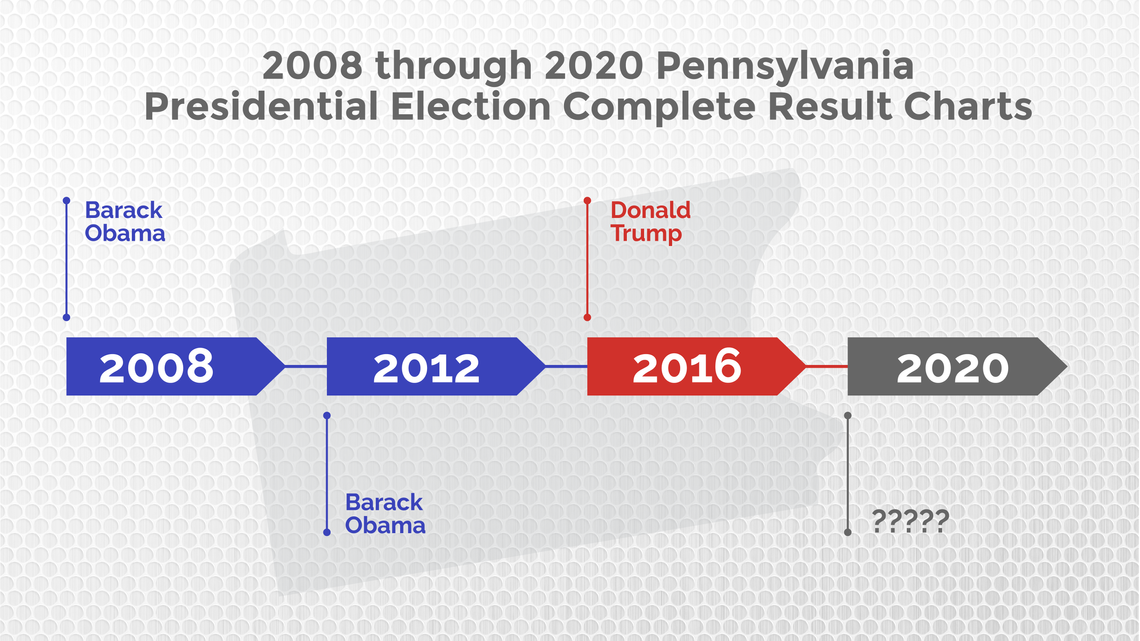 Here are the list of  historical election results per county from 2012 Primary throught 2020 Primary results and 2008, 2012,2016 General elections comparison charts that can used to analyze of the state of Pennsylvania based on the past election results.   For example, V.P Biden is did better than Mrs. Clinton in 2016 and President Obama in 2012.   President Trump in 2020 did better than his 2016 run and 2012 Romney.

More analysis can ne found in the  2020 Pennslyvania Primary Article.

Comparing both Joe Biden and Pennslyvania Historic Primary Vote % difference charts, with Mrs. Clinton and President Obama,  it reveals that Biden seems to be more popular than both of them.  He got more votes than Mrs. Clinton is all the 68 counties ranging from 80% more votes in a few counties (including Philadephia) and plenty of counties get more than 50% than her.  Biden also is more popular than President Obama when comparing to his 2012 Primary results, where Biden has gotten triple digit gains than him in many counties, except in Philadephia where he just got 63% more votes than President Obama got in 2012.

Counties with a high level of college educated tend to vote for V.P Biden over President Trump.   The graph Historic Vote differnce %, where the bars are pointing downwards are places where V.P Biden did better and then compare those counties with college grads in that county.  Unselect the non-college educated choice in the above chart and follow the counties from the left to the right, one notices this trend to be true in the 2020 Primary.

55 years and older age block seems be the range between 50 to 30% of the population all across the counties in Pennsylvania except in Philadephia where they are only 25% of the population.   This population group adds up to 4.1 Million of the voting block.   Sullivan's 49% of the 6071 population being seniors,  President Trump got double the votes over Biden, the next top counties with seniro citizens.  Pike is the county where President Trump got more votes than V.P Biden with only 41% gain.  In the top 5 senior percentage counties, President Trump 2020 performance is better than 2016 where he saw except in Pike where he maintained his votes.