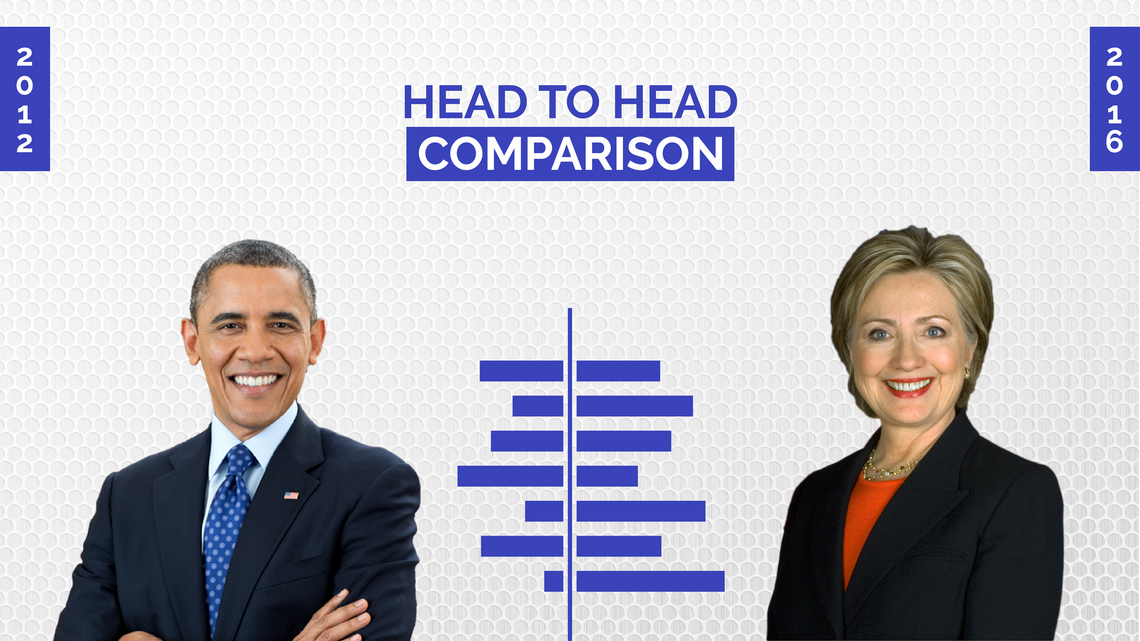 2012 President Barrack Obama did better that Mrs. Hillary Clinton in the following states which was the difference in helping him get to the White House.  This article also shows the states where she actually won big to give her a popular vote advantage of over 3.2 Million votes. He did better in 30 states than Mrs. Clinton including the states Michigan, Wisconsin, but beating his vote numbers in Pennsylvania by just 18K votes.