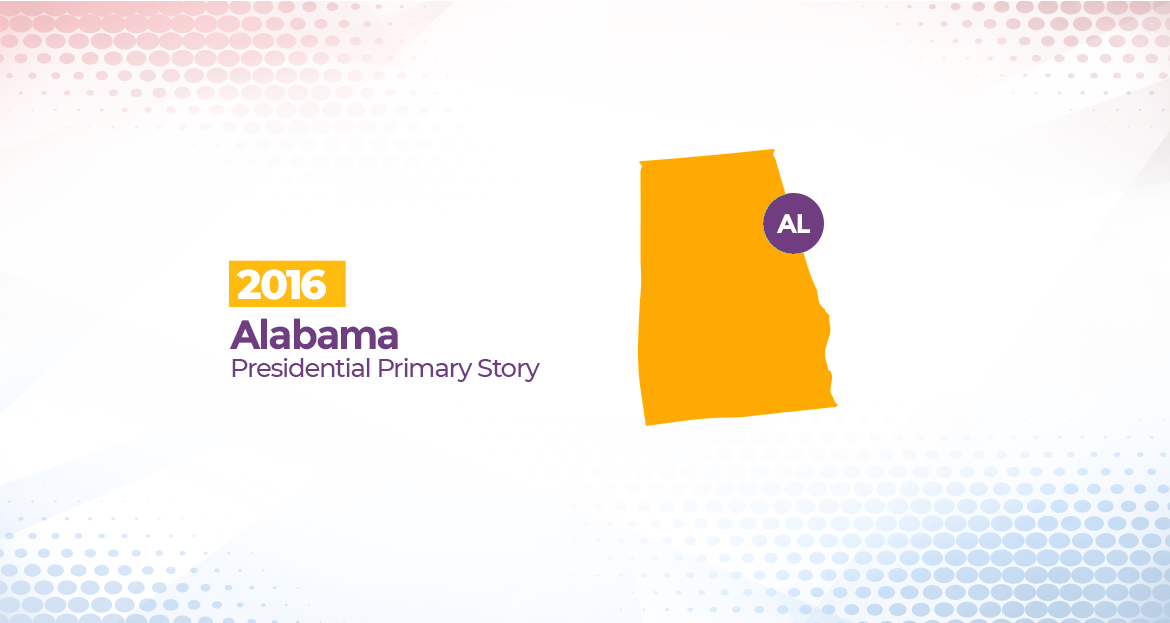 In the Primary, Trump won 41 counties in the 2-way match up. Clinton trailed behind Trump winning 26 counties.

These 15 counties play an important role in these primary elections. Even if a candidate does not achieve a sizable majority in one of the larger counties (Jefferson, Mobile), they can still take the lead. by capturing very large minorities in several counties.

Jefferson, which is the largest county voted in favor of Clinton, giving her over 22k vote advantage out of that county. However, the next two larger counties (Mobile and Madison) gave Trump over 49k vote advantage. This made Trump gain an upper hand on Alabama.