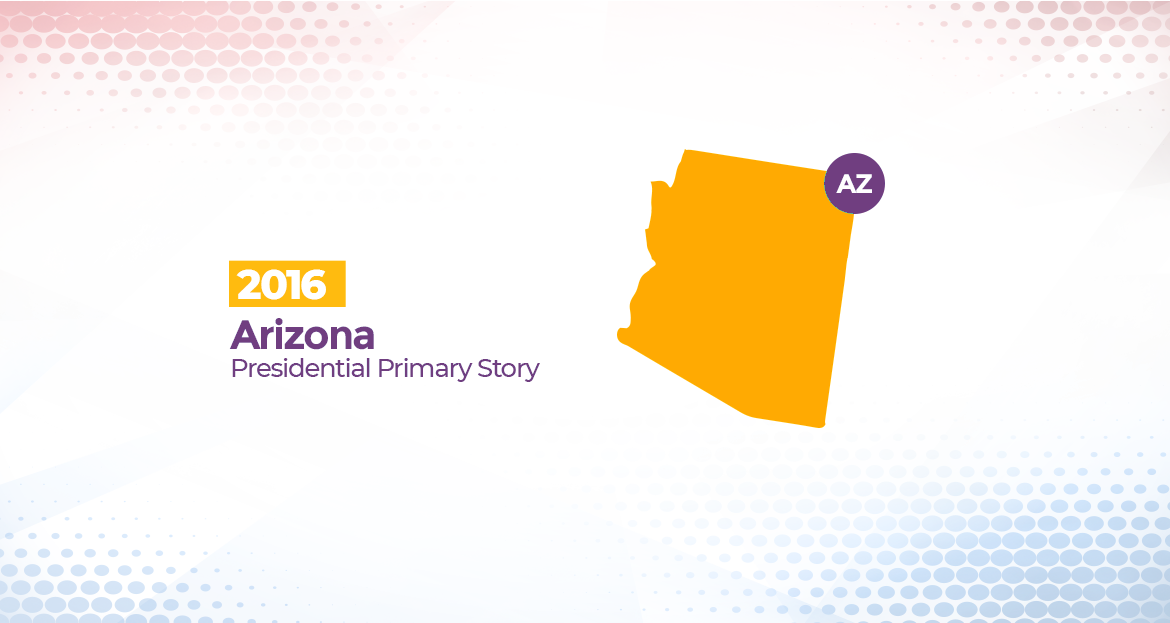 A head to head comparison of the Arizona 2016 General Election gives an idea of the breakdown of the voters.

Out of the 15 counties in Arizona, Trump won 11 whiles Clinton won 4.

In the primary, Sanders won a county in a 3 way match up. However, on a head to head match up between Donald Trump and Hillary Clinton, he won 8 counties. Trump kept these 9 counties together with Sanders' 1 county, Cruz's 1 county and a country from Hillary Clinton in the presidential general elections.

These 15 counties play an important role in these primary elections. If a candidate, can get a sizable majority (like Donald Trump) in the biggest county (Maricopa - 3 times the size of the 2nd biggest county (Pima) by vote count), it becomes very difficult to win majorities in the smaller counties without voter out reach and increased voter participation in them.

Maricopa which is the biggest county saw Trump winning with a margin of over 44,454 votes. With the exception of Pima, Coconino, Apache and Santa Cruz, the remaining counties voted for Trump. Margins of Donald Trump’s win in these counties ranges between 800 to 44,000 votes. These margins no doubt contributed to a win in the State of Arizona for Trump.