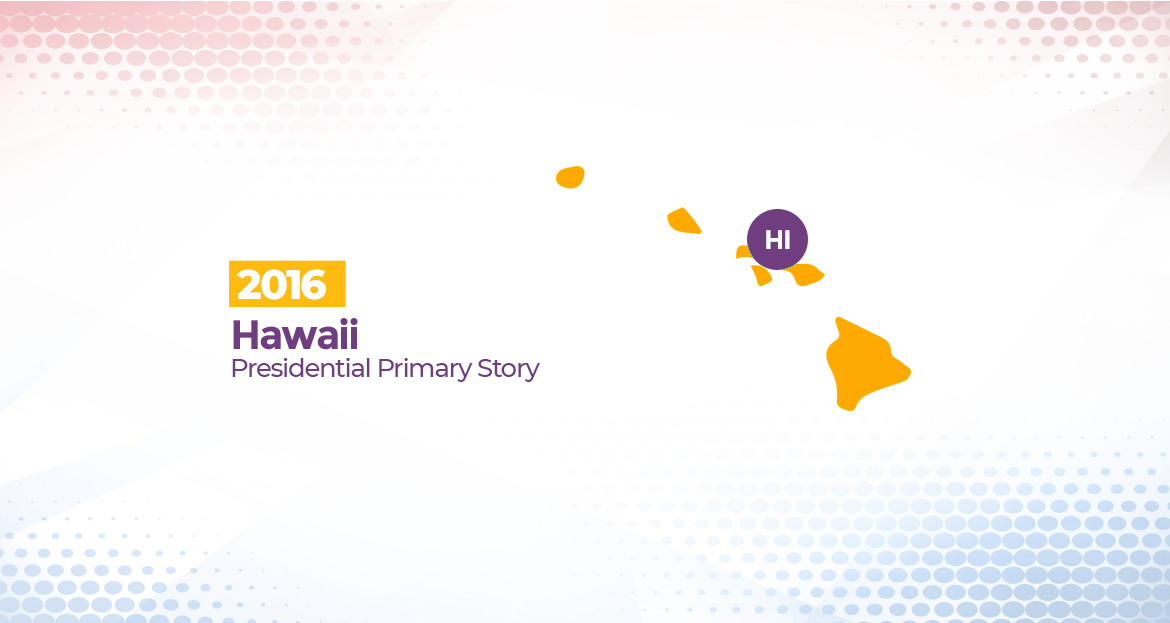 A head to head comparison of the Hawaii 2016 General Election gives an idea of the breakdown of the voters.

Hillary Clinton won all 4 counties in the State of Hawaii, leaving Donald Trump with nothing to claim.

In the primary, Sanders won all 4 counties. With Clinton and Trump gaining nothing, counties won by Sander evidently went to Clinton in the General Elections.

These 4 counties play an important role in these Primary elections. If a candidate, can get a sizable majority in the largestcounty (Honolulu), it becomes very difficult to win majorities in the smaller counties without voter outreach and increased voter participation in them.