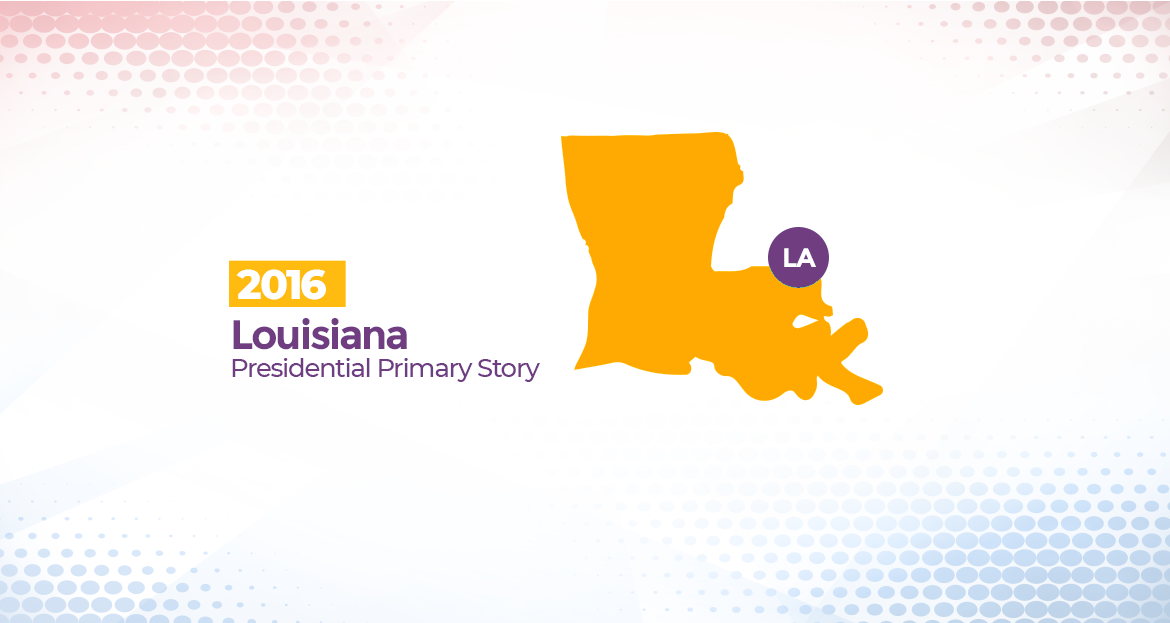 A head to head comparison of the Louisiana 2016 General Election gives an idea of the breakdown of the voters.

In the Primary, Clinton won 48 counties in the 3-way match up. Trump trailed behind Clinton winning 12 counties. Cruz won 4 counties in Louisiana Primary.

These 15 counties play an important role in these primary elections. Even if a candidate does not achieve a sizable majority in one of the larger counties (East Baton Rouge, Jefferson, Orleans), they can still take the lead by capturing very large minorities in several counties.

Orleans and East Baton Rouge, two of the largest counties gave her over 127k vote advantage. On the other hand, Trump’s steady win margins many other counties such as Jefferson, St. Tammany, Lafayette and Calcasieu gave him a 152k vote advantage. This surpasses Clinton’s gained vote advantage, thus making Trump gain an upper hand on Louisiana.