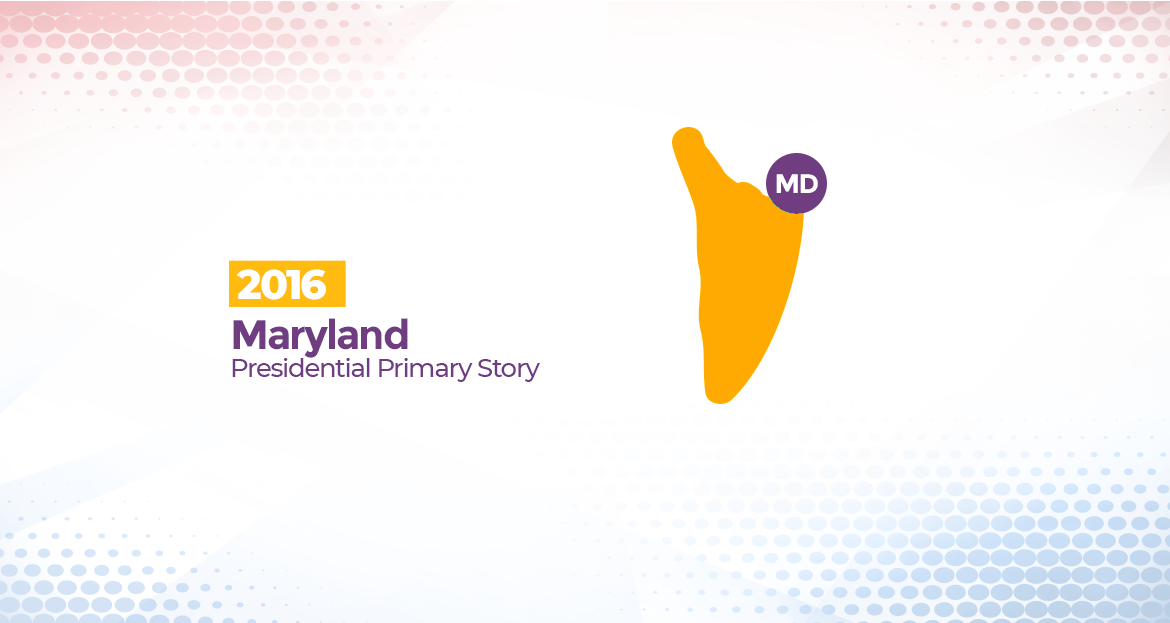 A head to head comparison of the Maryland 2016 General Election gives an idea of the breakdown of the voters.

In the Primary, Sanders won 0 counties in the 3-way match up. Clinton trailed behind Trump winning 8 counties. Trump won 16 counties out of the State of Maryland. However, in the General election, Trump won 17 counties while Clinton won 7 counties.

These 15 counties play an important role in these Primary elections. If a candidate, can get a sizable majority (like Hillary Clinton) in the larger counties (Prince George’s, Montgomery and Baltimore), it becomes very difficult to win majorities in the smaller counties without voter outreach and increased voter participation in them

Prince George’s, Montgomery, Baltimore and Baltimore City which are the largest counties voted massively in favor of Hillary Clinton giving her a 725,377 vote advantage out of those counties. Aside these, her wins in other counties such as Anne Arundel, Howard and Charles gave her additional vote advantage. On the other hand, Trump’s steady win margins in counties such as Harford, Frederick, Carroll, Washington, Cecil, St. Mary’s and Wicomico gave him a 116,503 vote advantage, nothing close to Clinton’s win.  This made Hillary Clinton gain an upper hand on Maryland.