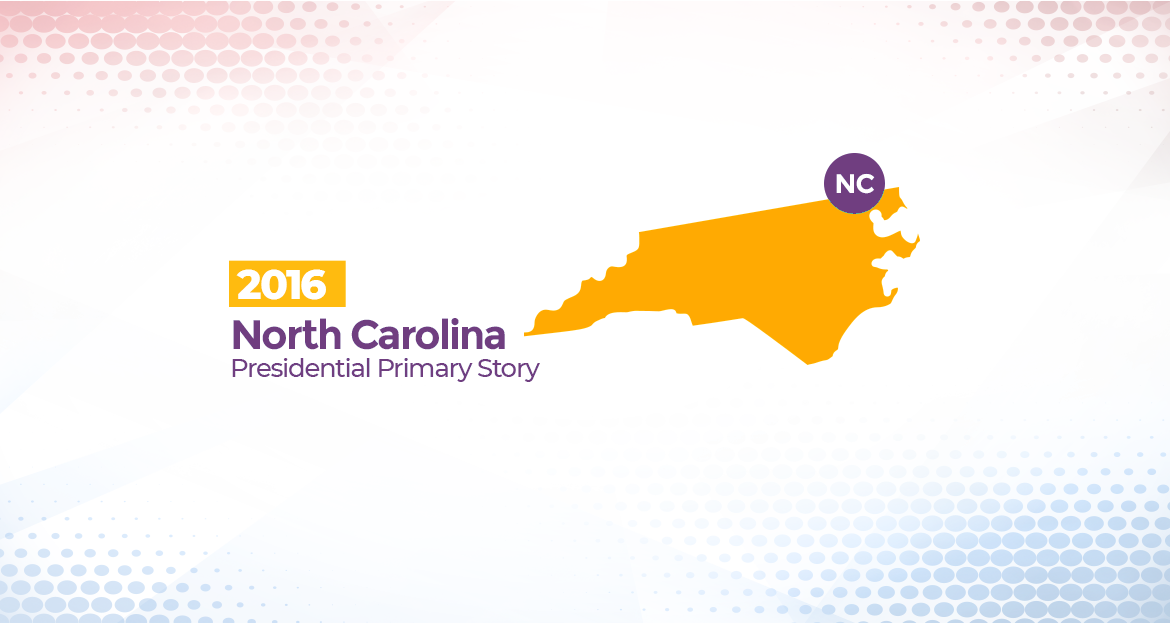 A head to head comparison of the North Carolina 2016 General Election gives an idea of the breakdown of the voters.

These 15 counties play an important role in these Primary elections. If a candidate, can get a sizable majority in the larger counties (Wake, Mecklenburg and Gullford), it becomes very difficult to win majorities in the smaller counties without voter outreach and increased voter participation in them.

Wake, Mecklenburg, Guilford which are the biggest counties voted on ratio 2:1 for Hillary Clinton. Trump’s win over Union, Gaston, New Hanover, Johnston and Cabarrus gave him a vote advantage of 111,250. Other counties such as Catawba, Randolph, Davidson and Iredell voted 48K, 49K, 52K and 54K for Trump. This made Donald Trump gain an upper hand on North Carolina.

Wake and Mecklenburg, two of the larger counties voted in favor of Clinton, giving her over 245k vote advantage over Trump in just those two counties. Clinton's steady win in the more dense counties contributed to the vote advantage that helped her gain an upper hand in the State of North Carolina