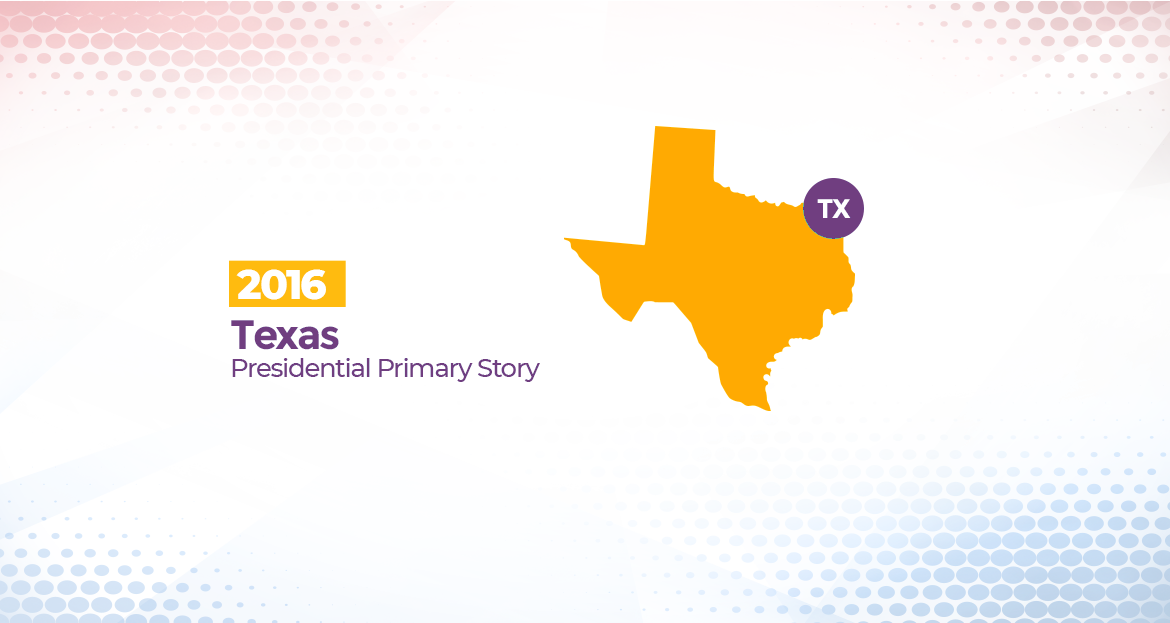 A head to head comparison of the Texas 2016 General Election gives us an idea of the break down of the voters.

Donald Trump won 227 counties out of the counties that make up Texas. The record shows that Hillary Clinton won 27 counties.

In the Primary, Ted Cruz 214 counties while Clinton, Sanders and Trump won 35 counties, 3 counties and 2 counties respectively in a 4-way match up. However, in the General Election, Donald Trump won 227 counties and Hillary Clinton won 27 counties.

These 15 counties play an important role in these primary elections. If a candidate, can get a sizable majority(like Hillary Clinton) in the biggest county, it becomes very difficult to win majorities in the smaller counties with out voter out reach and increased voter participation in them.

Donald Trump won in Tarrant, Montgomery, Colin, Denton with over 800k votes. Although Hillary Clinton won in some counties, her margin of victory was not high enough, making Donald Trump gain an upper hand in the State of Texas.