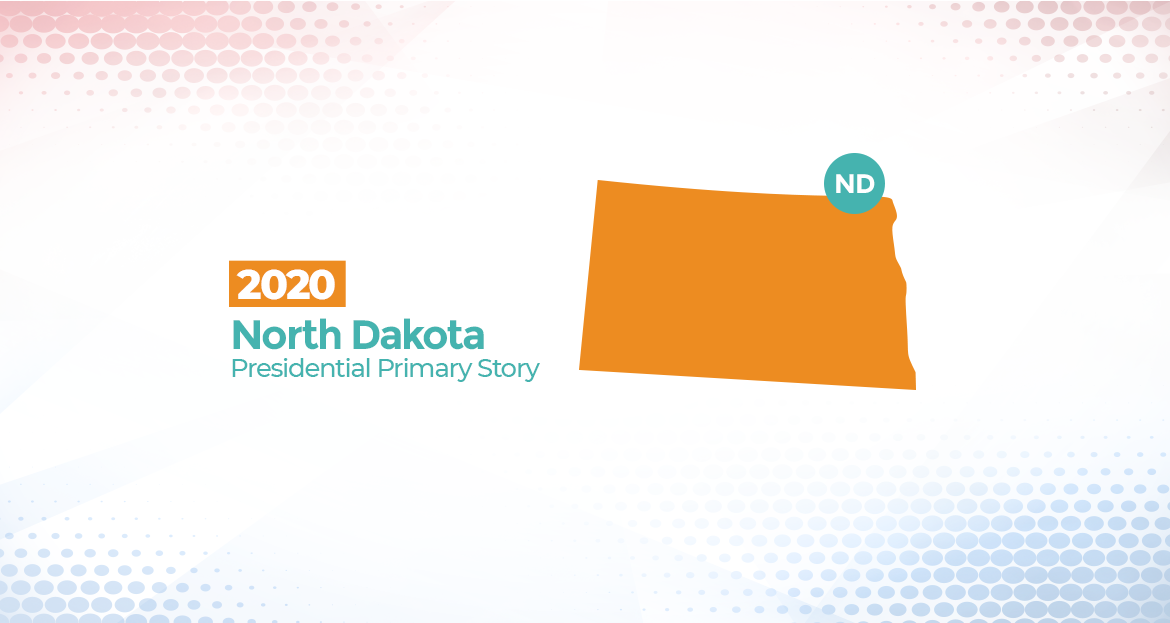 Bernie Sanders received 7,682 (57%) votes to beat Joe Biden, who received 5,742 (43%) votes and Donald Trump, who received no votes. There was no Presidential Primary for the Republican Party in the State of North Dakota, thus there are no results for President Trump at the Primary level.

In the Primary, Sanders won 32 counties in the 3-way match up. Biden trailed behind Sanders winning 15 counties with Trump winning nothing in North Dakota Primary. There was no Presidential Primary Elections for the Republican Party.