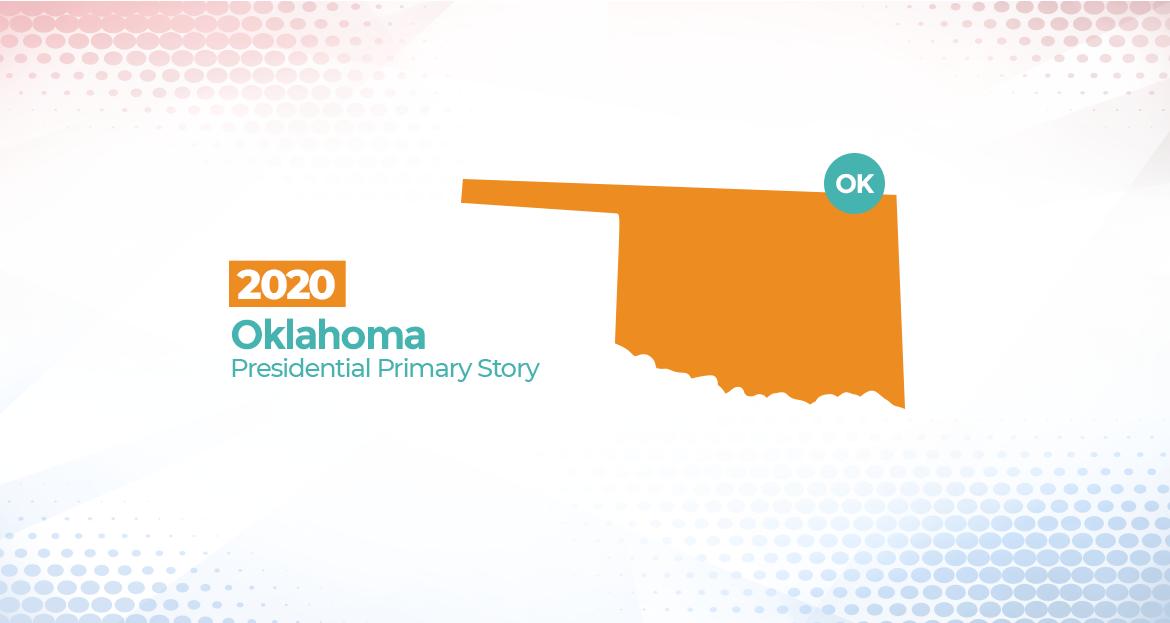 A head to head comparison of the Oklahoma 2020 Primary gives us an idea of the break down of the voters.

In the Primary, Donald Trump won all 77 counties in the 3-way match up, with Bernie Sanders and Joe Bider winning nothing in Oklahoma Primary.