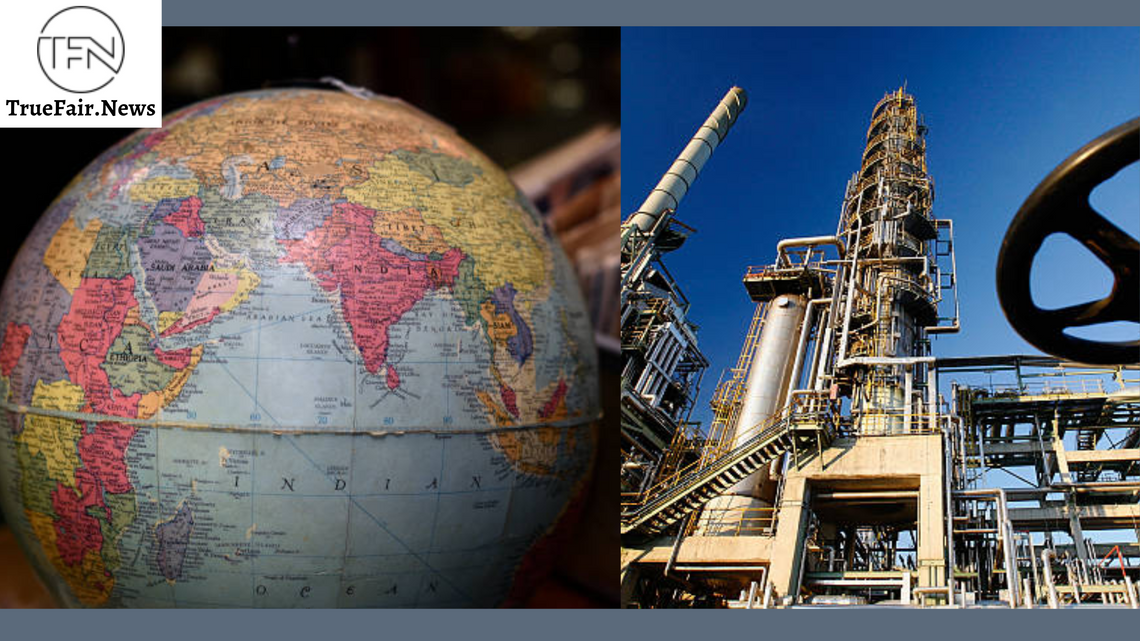 A cold-hearted battle over gas and oil: A brief of the current world politics

Russia is the biggest gas supplier in the world, particularly to Europe, followed by Iran and Qatar.

But Russia is a rival superpower too, to the West. So, getting the upper hand in power dynamics is quite challenging for the US.

Their sole ally was Qatar. Both Qatar and the United States have soldiers stationed there. Both the price and the friendliness are too high.

Iran comes to mind, and its past has been tumultuous. Iran was subjected to several deplorable acts by the US and the UK. They were deceiving and robbing the Iranians senseless. The red line shows when Mosaddegh, the Iranian Prime Minister, nationalizes Iran's oil. Nationalizing a nation's natural resources is improper.

The MI6 and CIA, the British and American secret services, prepare a coup as soon as he accomplishes it and depose him and replace him with Shah. Because he is more than ready to allow them to loot Iran's oil, Shah is a wonderful figure for them. He is the top gun purchaser in the United States. The United States gave Iran its first nuclear reactor to support Iran as one of its regional enforcers.

According to the US Geological Survey in 2010, the Levant basin region, which consists mostly of Syria, Lebanon, and Palestine, contains 122 trillion cubic feet of recoverable natural gas that has not yet been identified. And the US moves to seize control when gas is discovered there.

They sent Turkey, a NATO member, and friend of the US, as well as Qatar, to try to persuade Bashar Al Assad.

They wanted him to make Syria more liberal and more receptive to the West. He, therefore, refused to provide them with gas, although they did attempt to build a pipeline from Qatar to Turkey. But the price is prohibitive.

As a result, offering an alternative to Europe and decreasing Russia's market share are the objectives here. Russia is the principal gas supplier to Europe. Austria is one of the nations that imports 80% of its gas from Russia. They depend entirely on Russian gas. Without a doubt, the West disapproves of this.

So they decided to construct this pipeline to address the LNG issue. In addition to being shorter and more cost-effective, it can lessen Europe's reliance on Russian gas.

Because Syria must be crossed by this pipeline, Bashar Assad rejected the proposal. "When Bashar Assad rejected the Qatari pipeline, military and intelligence planners quickly came to the conclusion that inciting a Sunni uprising in Syria to remove the uncooperative Bashar Assad was a viable path to achieving the shared objective of completing the Qatar-Turkey gas link. This is according to secret tables or reports for the US, Saudi, and Israeli intelligence agencies." Robert F. Kennedy Jr. said.

WikiLeaks claims that the CIA started supporting Syrian opposition organizations in 2009. To remove him, the West worked with Al-Qaeda and Al-Jazeera organizations. However, it was unsuccessful because Assad formed a partnership with China and Russia. Trump just shifted the soldiers to the oil fields when he withdrew from Syria. Syria is today without a significant source of income and natural resources.

Compared to Iran and Iraq, Syria is not a large oil producer. According to the IMF 2010 report, Syria's government receives a quarter of its income from oil. Thus, the US wants to prevent Lebanon, Syria, and Iran from having control over the resources.

Then the West decided to withdraw, allowing Ukraine to elect a pro-Western and pro-NATO puppet administration. What gives, though?

Because Ukraine is the route of the Russian pipelines.

Israel opposes Iran's ability to export its oil and gas because doing so would enable Iran to award gas development contracts.

Israel and the West seek to keep Iran's financial system, oil industry, and sanctions isolated. It does so naturally through the United States. This is why it opposes the nuclear accord.

Israel played out in this situation. They dispatched a huge ship. Israel and Lebanon disagree on the terminus of their respective sea boundaries. Israel is unconcerned. Israel seized the opportunity and grabbed the gas.

The EU has banned Russian gas and oil and wants the entire EU to wean itself off. We wish to expand to reliable providers. Additionally, according to Israeli Prime Minister Benjamin Netanyahu, Egypt is a reliable partner.

There will be a battle, though, if this huge ship is sent to grab the gas before any deals are made.

Israel will therefore enable the EU to become independent of Russian energy.

The impossibility of European politicians thinking for themselves and conducting independent politics, much alone being independent of the United States, is the direct cause of the sanctions. They were cut off from Russian gas and oil by the United States just so that it could be redirected and they would have to pay more. Your taxes fund the individuals who wage war and cause millions of people to be internally and internationally displaced.

If people realized what these elites are up to, they wouldn't want a scrap of any of this, regardless of their involvement in politics.

That pipeline was desired by the US to reduce Russia's market share. When Syria refused, they punished and destroyed it. Then they started inciting unrest in Ukraine. To scare and enrage Russia, they placed a NATO nation on its border. They are currently making every effort to delay the nuclear agreement.