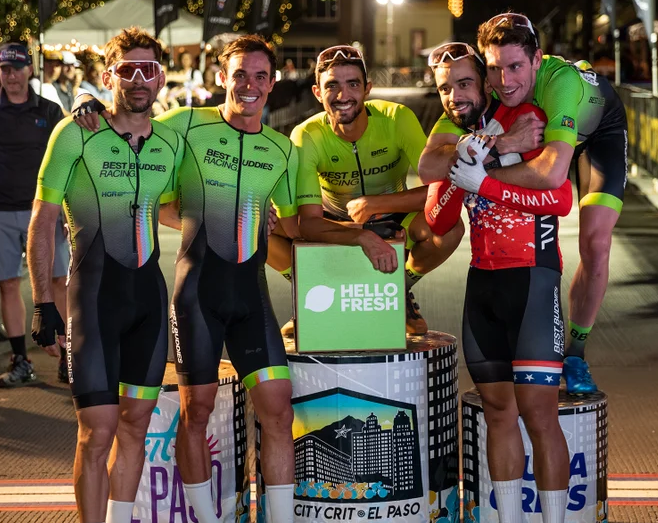 Best Buddies Racing Team will no longer exist in 2023.

The organization, Best Buddies International, has decided to end its sponsorship of a professional cycling team.

The charitable organization that helps persons with intellectual and developmental disabilities find opportunities for inclusive living and one-to-one friendships was the Best Buddies Racing Team sponsor for both the 2021 and 2022 racing seasons.

During that period, the team competed in the American Criterium Cup racing series and achieved great success, winning thirty events. In addition, the team members participated off the bike in the Best Buddies program sponsored by the team.

Michael Hernandez, the captain of the team, stated that he is "very proud" of what the Best Buddies Racing team has accomplished over the past two years. "The team's on-the-bike success speaks for itself, but what touched my heart the most was how every one of our team members fully embraced the mission of Best Buddies and truly cared about each of the participants who came to support us at the races," she said. "The team's on-the-bike success speaks for itself."

However, not all news reports about the team were glowingly positive. Hernandez was involved in a fighting incident earlier this season with the L39ION of Los Angeles team in the Salt Lake Criterium. The event drew attention that the team and its sponsors would have wished to avoid, and it was Hernandez who started the fight. At this time, Hernandez is serving a suspension that will last for three months.

Even before they sponsored this team, cycling was an important activity for Best Buddies. Best Buddies Challenges are a series of charity cycling events that have been going on for the past 33 years. In addition, the nonprofit organization also runs Best Buddies Breakaway riding camps.

Best Buddies has announced in a press release that it will be shifting its primary focus to "building a more inclusive cycling community by engaging diverse, prospective, and new riders," all the while promoting its mission of providing one-to-one friendships, integrated employment, leadership development, and inclusive living for people with intellectual and developmental disabilities.