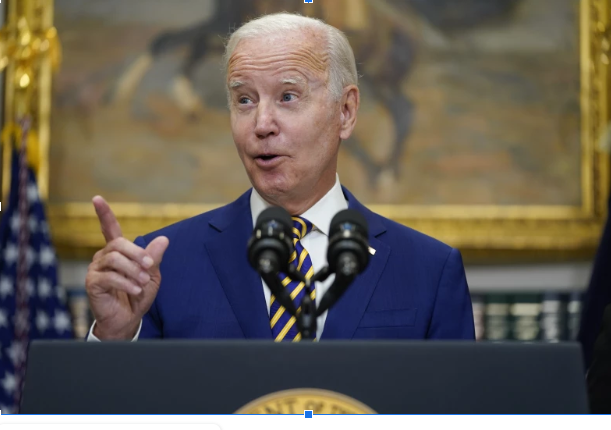 The Department of Education lacks the power to implement the Biden administration's student debt rescue plan.

The Pacific Legal Foundation is suing on behalf of an employee whose school debt is affected by the bailout plan.
Putting aside unfairness, legal arguments have always been convincing. Finding a plaintiff with legally recognized harm has been difficult.
The Pacific Legal Foundation has many plaintiffs.
Frank Garrison has been paying off his university debt using Public Service Loan Forgiveness, eliminating his remaining debt after 120 eligible payments. Almost done. Income-Driven Repayment caps his monthly payment based on discretionary income.
Garrison's debt balance would have been canceled in 60 more months with moderate payments.
The loan rescue would eliminate $20,000 of Garrison's debt, subjecting him to Indiana's income tax while doing little to lower his monthly payment owing to Income-Driven Repayment. He'll owe Indiana $1,000 because the USED changed the regulations.
Since various states treat loan forgiveness similarly, persons in those states are in the same boat. Many of the 8 million Public Service Loan Forgiveness borrowers in these states also use Income-Driven Repayment.
Garrison and the others can enter court now. The HEROES Act ensures that debtors "are not placed in a worse financial position" due to war or another national emergency. Still, the Department of Education is harming people like Garrison.

Also in court:
The HEROES Act, on which the Education Department depends for the bailout, breaches the separation of powers and nondelegation. Congress can't give the executive branch legislative power. The bill purports to provide the secretary of education the right to change or adjust repayment criteria, breaking key constitutional principles.
Even if the HEROES Act were constitutional, the Department of Education could not terminate student loan repayment in this situation. The HEROES Act mandates that cancellations be "necessary" and "directly related to a... national emergency." Nope. Student loan borrowers are not "directly 'affected individuals' who suffered direct economic hardship as a direct result of a war or other military action or national emergency," the complaint contends (citing the legislation). Mass debt forgiveness is "hardly 'required' to avert pandemic harms."
Many people affected by the Department of Education's pandemic decision are not worse off (and probably a lot who are better off, depending on what companies they work for). Those who are worse off today than when the pandemic emergency was announced may not be owing to their federal student loans or the pandemic.
Even if the HEROES Act were lawful and could include many borrowers, the cancellation is so economically and politically significant that it violates the "big questions doctrine." In West Virginia v. EPA, the U.S. Supreme Court used this theory to block the EPA from (improperly) discovering a vast regulatory power in an auxiliary part of environmental law.
Education Department makes an identical mistake.
"The big questions doctrine" needs Congress to authorize an economically and politically significant action, which is lacking. Without authority, the Education Secretary "has no power to act" (quoting a different case).
Congress had no idea that the HEROES Act included a huge loan bailout.
The HEROES Act never intended to discharge student loans en masse. The bailout plan's income cutoffs, unrelated relief amounts, and arbitrary provision to double the relief amount if the borrower had ever earned a Pell Grant (even decades ago) illustrate the Department of Education's misuse of power if it was legitimately assigned any power in the first place.
The Heritage Foundation has permitted the reproduction of this Daily Signal story.