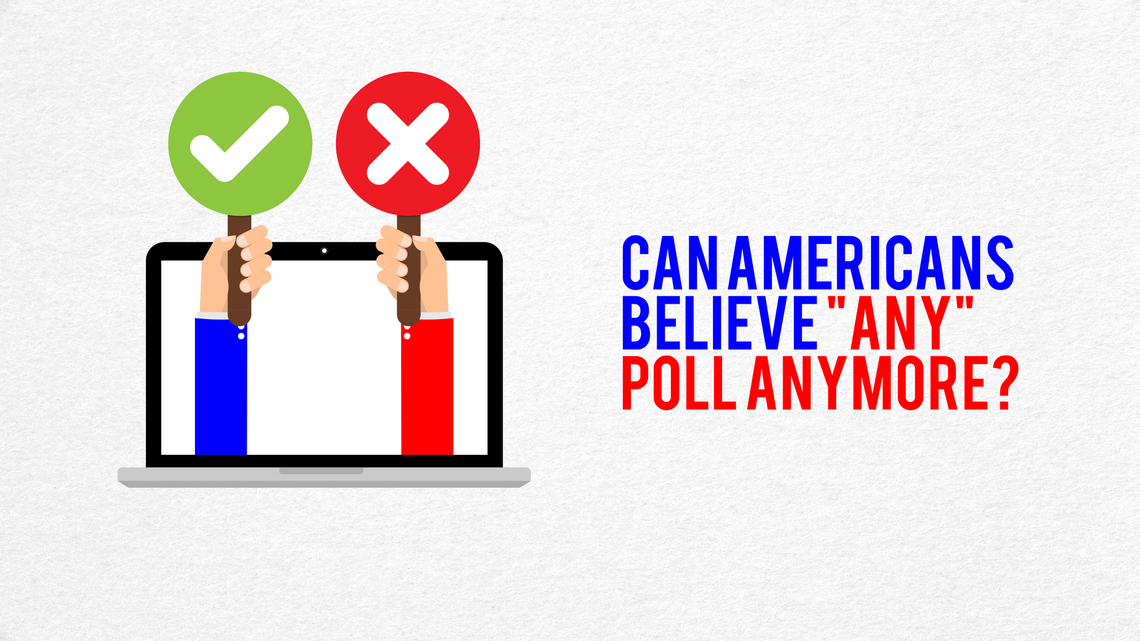 Fox, CNN , Rasmussen, MSNBC, Polls... Can Americans believe "any" poll anymore? Once again, the pollsters ignored all the clear signs as their subjective bias outweighed their need for objective review.

The pollsters ignored some of the biggest seismic shifts in the 2020 primaries. These shifts when compared to past elections (if they ever even bothered to check) show how stark a contrast was with the polls and reality. Their hatred for the Trump supporter (or eagerness to defeat President Trump) blinded them on what was happening in rural America (3 out 4 rural voters voted for President Trump). The biggest evidence of this shift was Trump Rallies were bigger than 2016 even under the threat of catching Covid19.  Their smugness turned into foolishness, when none of their predictions for the Democrats (House, Senate races) came through. With 10 million more American citizens voting for President Trump in 2020 than in 2016, and Republicans gaining house seats, it is safe to assume the majority of the Republican base no longer believes these polls. Failures of 2016, 2020, until what point will the Democrat voter continue to follow these polls?

The main stream media polls & pundits missed President Trump's California Phenomenon:   (In 2020 President Trump was more popular in California than President Obama was in 2012 & 2008. He broke the 2 Million vote ceiling and got the HIGHEST Primary votes by any Republican in that state in 20 years.)

Having the HIGHEST primary votes by any Republican Presidential Candidate in the past 20 years in a deep blue state should have been a sign for voter enthusiasm on the Republican side and the approaching reckoning in general elections. None of the Polls or pundits seemed to have taken this into account.

By 2012, President Obama was so deeply unpopular in Republican states, that the Congressional candidates (for example in GA) were distancing themselves from him. Comparing his incumbent run to his 2008 run where he got close to 17.5M, which President Trump beat in his 2020 Incumbent year. President Trump also beat President Bush's 2004 incumbent year performance of 8M votes by 10M.  This performance lines up with the 2020 general election results of President Trump getting 73 million votes. The signs were all there, but the Main Stream Media polls and pundits, Five Thirty-Eight algorithms, chose to ignore this completely.

The Main Stream Media Polls & Pundits missed President Trump  outstanding primary performance in the micropolitan and rural America. In majority of these counties he got 2 out 3 and plenty of counties he got  3 out the 4 votes in the primaries.  In addition to this, he also increased his margins from 2016 with the Democrat Presidential candidate.

The above 20 counties are a great sampling of rural and micropolitan county labels where President Trump showed the mentioned margins with former Vice President Biden.  (Please check  https://eddy.truefairnews.com/CountyUSA/Map.html to get the details about these counties.) Trump also bettered his 2016 performance from 10% to 15%, and in some cases more than that.  If this is the case, Impeachment hearings, negative news, and Mueller's Russian Hoax investigation seems to have no effect on the rural and micropolitan counties in the USA. In some of these counties where the senior population was large and with the elections were post COVID19, did not impact his numbers greatly, though the exact impact is hard to ascertain. One way to do that is to take counties in Florida and Texas (with no claims of voting irregularity) and study the gains former V.P. Biden's votes provided, their elections were post-COVID19.

This is a terrible place for the Democrats to be in as they spent a whole lot of money in races they could not flip, lost congressional seats, and barely held on the senate position, by solely relying on data from the polls.  All these losses occurred even after setting a record for the highest votes of 78M received by any presidential candidate, winning the popular vote by 5M votes and barely clinging on the battle ground states with claims of voter fraud in those states. Campaigning malaise of the Democrats was very evident by the number of lid's called by former V.P. Biden’s campaign (read article) in addition to keeping the policy discussions with the press to a minimum right from the beginning of his campaign (read article). Post 2020, how does a Congressional Democrat compete in the future? Especially when the party's historical best for a presidential candidate was achieved by ensuring their candidates campaigned the least and put out the least amount of policy. In other words, the only way a Democrat could get their best numbers is to hide and muzzle their candidates and hope the other party candidate does the work for them. Almost the same playbook from 2016.  At some point the Democrat party has to stop hiding who they are and what they believe they could do for the average American citizen.

As we continue our review, we are bound to find more things the main stream media polls and pundits missed. Now may be a good time for these pundits to begin an objective review and drop their subjective bias. The pollsters have a whole different kettle of fish to cook as they have just lost all credibility with 3 botched election predictions of the non-arrival of the Blue Wave.

So, how do they fix this failure Nov 4th?  Be the first to call the elections, so the discussion will shift from the failures to a new problem.  [Opinion line]

These pollsters have now cemented in the psyche of the American Citizen, that Polling is the opinion of the noisy and powerful impossed on an unsuspecting nation (or an ill-informed Democrat donor or voter!).