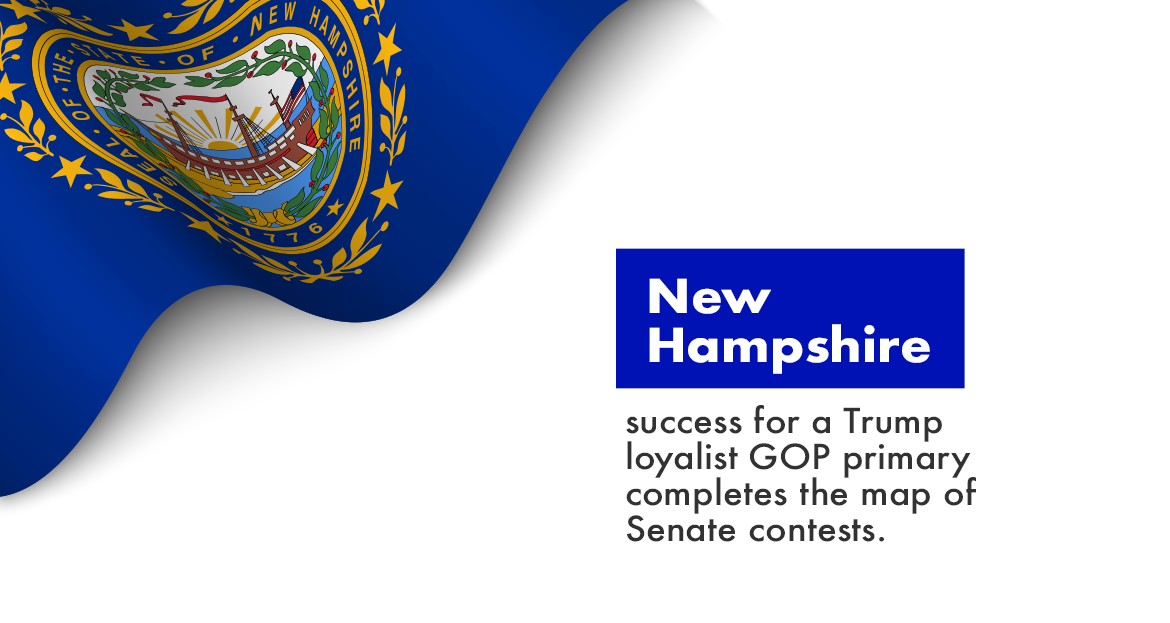 The crucial showdown in November's race for control of the Senate is set thanks to New Hampshire Republicans' selection of Don Bolduc to challenge Democratic Sen. Maggie Hassan.

Chuck Morse, the PresidentPresident of the state Senate, will lose to Bolduc, a retired Army brigadier general who has endorsed former President Donald Trump's election denial. Bolduc was considered a weaker general election opponent for Hassan by Republican Gov. Chris Sununu and national Republicans, who hurried to defeat him.

Hassan is one of four important Democratic incumbents. Republicans aim to unseat this year in the equally divided Senate, where Republicans need a net gain of only one seat to take control of the chamber. But as they have across the nation, several Trump-like candidates in New Hampshire have alarmed GOP officials due to their poor fundraising efforts and virulent right-wing rhetoric.

By August 24, Bolduc, who unsuccessfully sought the GOP nomination for the Senate two years prior, had raised just under $600,000 as opposed to Hassan's $31.4 million. Additionally, he often says contentious things, some of which he later retracts. Sununu responded, however, by labeling Bolduc a "conspiracy-theorist type candidate" and "not a serious contender" in a recent interview with WGIR.

Sununu stated that "the stakes are too high for New Hampshire and America" in a Sunday op-ed in the New Hampshire Union Leader. He stated that Republicans needed a nominee "who will have the resources to compete in America's most important battleground state."

Even still, Republican voters once more rejected the establishment's wishes. They supported the candidate who has a closer relationship with Trump, even if doing so will make him less likely to win in November.

In crucial contests, the GOP was left without what it believed to be its greatest candidates, including governors like Sununu and Arizona's Doug Ducey, who decided against running against Democratic Sen. Mark Kelly during the pre-primary season of recruiting failures by senior Republicans. Then, a summer of brutal Senate primaries, many of which were influenced by Trump's endorsements and pro-Trump voters' demands for candidates who believe his lies about election fraud, caused Republicans to worry about the caliber of their nominees and to rush to close Democrats' fundraising advantage.

Republicans had hoped that rising prices and the opposition that newly elected presidents typically receive in midterm elections would help the party win House and Senate majorities in November, winning close races throughout the country regardless of the candidates running.

However, gas costs have declined. More of the President's plan has been implemented thanks to Biden and the Democratically controlled Congress. Most of their Republican Senate opponents have lagged behind Democratic candidates in fundraising. The FBI searched Trump's Mar-a-Lago resort, elevating a figure who enrages leftists and alienates suburban voters. And perhaps most importantly, portions of the population that Democrats anticipated might defect from the party or boycott the midterm elections appear to have been stirred up by the Supreme Court's decision to terminate federal protections for abortion rights in June.

Early indicators of a more evenly matched midterm landscape included Democratic victories in ranked-choice special elections for Alaska's at-large House seat, which the GOP has held for nearly 50 years, and a bellwether House district in upstate New York. They also included voters' resounding support for abortion rights in a referendum on the Kansas primary ballot.

In the meantime, a small number of Republican primary winners, many of whom had Trump's support, have struggled to broaden their appeal to a larger electorate in crucial states, such as Arizona, Georgia, Ohio, Pennsylvania, and Nevada, which could determine which party controls the Senate that is currently split 50/50.