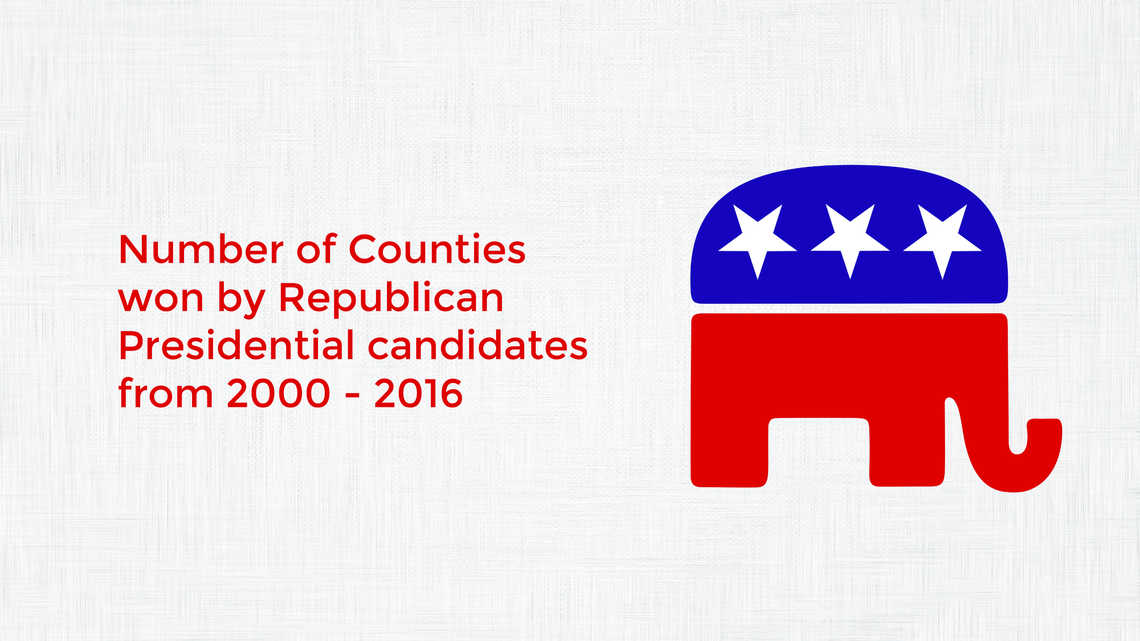 Number of Counties won by Republican Presidential candidates from 2000 - 2016

The number of counties won by Democrat & Republican presidential candidates in key 2020 battle ground states since 2000 to 2016 presidential general elections gives insight into the effort needed by each party to win the elections.  Based on the data the Democrats almost always just need to win  1/5th the number of counties to carry the elections like in 2008 and 2012, while the Republicans have to put an effort to win 5/6th's  of the county.

The number of counties won by the Republican presidential candidates in all the states seem like straight lines most likely because of the scale. (uncheck  Georgia, Kansas, Kentucky, Missouri,  Texas brings the scale down to under 100).