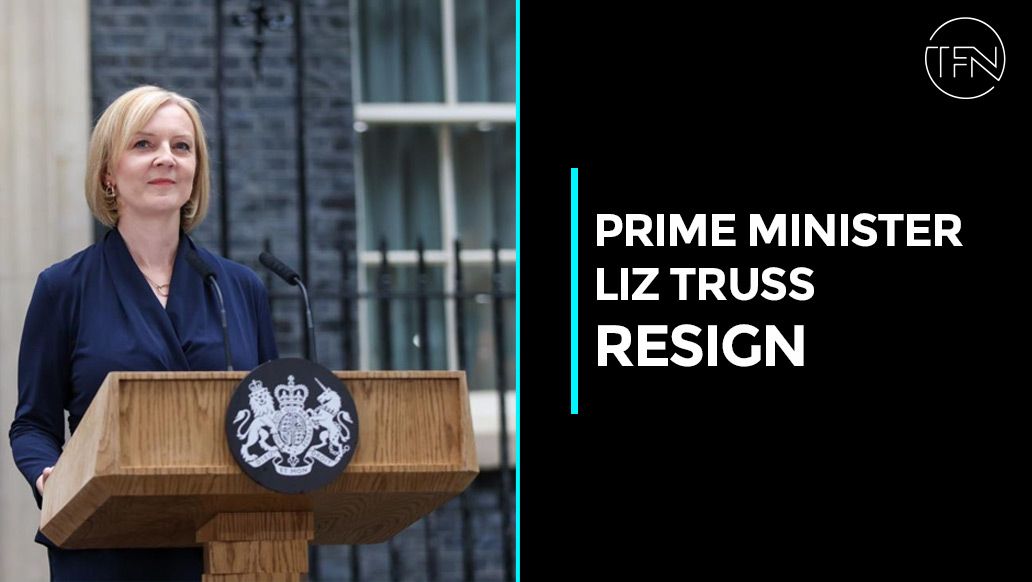 I was elected by the conservative party with a mandate to change this. We delivered on energy bills and on cutting National Insurance. We set out a vision for a low tax high growth economy that would take advantage of the freedoms of Brexit. I will remain as prime minister until a successor has been chosen to thank you.

Britain's new prime minister, Liz Truss, has resigned, saying she can no longer hold the office elected by the Conservative Party. Ms. Truss on the sheet,  barely lasted two months.

She defeated Rishi Sunak by 81,326 votes to 60,399 in an internal contest following Boris Johnson's resignation in July.

The PM has become the fourth Conservative leader in the UK since 2015 to commit to unlocking the country’s potential by pursuing growth and removing the obstacles that hold it back.
During her address to journalists, Ms. Truss announced her resignation today, saying she took office at a time marked by political and international instability.

Part of her statement read:

“I came into office at a time of great economic and international instability. Families and businesses were worried about how to pay their bills, Putin’s illegal war in Ukraine threatens the security of our whole continent and our country has been held back for too long by low economic growth.

“I recognized though, given the situation, I cannot deliver the mandate on which I was elected by the conservative Party. I have therefore spoken to His Majesty the King to notify him that I am resigning as leader of the Conservative Party”.

She also finalize that, she would remain as prime minister until a successor has been chosen.