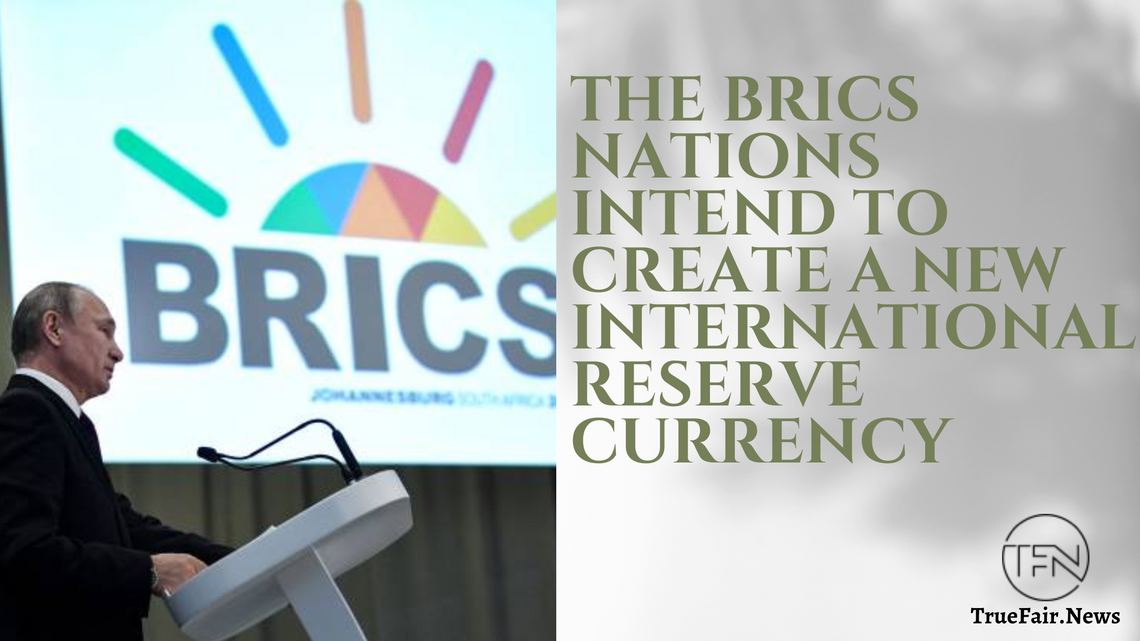 The BRICS nations intend to create a new international reserve currency: An open challenge to the US dollar's hegemony

While the United States and Europe's inflation rates considerably increased last month, the leaders of the five largest developing economies were revealed by Russia and other BRICS nations to be working on "creating a global reserve currency."

According to analysts, the Special Drawing Rights (SDR) currency of the International Monetary Fund (IMF) and the U.S. dollar are competitors for the BRICS reserve currency.

The West has seen intense inflation and increasing energy costs over the past month.

Consumer pricing data from the previous month in America and Europe has reached record highs, and many analysts believe the West is already experiencing or is soon to face a recession. The 14th BRICS Summit brought together representatives from the BRICS countries to discuss global issues.

"The idea of establishing the international reserve currency based on the basket of currencies of our countries is under consideration," stated Putin at the time.

He said, "We are prepared to work honestly with any decent partner." Saudi Arabia, Egypt, and Turkey are also thinking about joining the BRICS alliance. According to analysts, the BRICS move to create a reserve currency is an attempt to compete with the US dollar and IMF SDRs.

At the end of June, Chris Turner, the global head of markets at ING, said, "This is a step to confront the perceived U.S.-hegemony of the IMF." It will enable the BRICS to develop their own internal economic structure and currency.

Although the creation of a reserve currency by the BRICS may come as a surprise to some, details regarding how the member nations are competing with the US dollar have been reported on for quite some time.

According to a Global Times story from the end of May 2022, members were exhorted to stop depending on the dollar's hegemony over the world.

Putin said that Russia has expanded its help to foreign nations and sent weaponry to Sub-Saharan African nations. The Russian president also said that China would routinely import automobiles and gear and that Indian retail chains would open locations in Russia. Leaders of the BRICS have criticized American hegemony and exceptionalism in speeches that have been made public.

For years, Russia and Putin have claimed that the United States financial hegemony is on the decline.

In a biannual speech to Russian diplomats, Putin said that the West's economic might was significantly waning. "Get ready for the worst"

The Russian president observed that the majority of defunct empires had committed the same error. The Russian leader at the time said, "It's a typical imperial blunder. An empire constantly believes that because of its immense strength, it can afford to make a few minor errors and incur a few unnecessary expenses. But these expenses and errors necessarily increase. “

According to Putin, when it comes to security or the economy, it finally reaches a point where it is unable to handle them.

Long before the situation in Ukraine started, the BRICS countries were becoming more and more integrated. In reaction to the invasion of Crimea, Russia began to accumulate gold in 2014, and the Mir payment system was later introduced. According to Bloomberg's BRICS Summit report from June, China's president claimed NATO was to blame for enraging the Russian Federation.

Both nations significantly increased their gold reserve acquisitions in the years leading up to the conflict, which led to China accumulating enormous quantities of gold as well. Additionally, Russian banks joined the China International Payments System (CIPS), facilitating commerce between the two nations.

According to a Reuters story, China opened its borders to gold imports worth billions of dollars in April of last year.

The U.S. dollar has served as the world's reserve currency since World War I, and the United States has become the world's biggest creditor. In comparison to a lot of other currencies, the dollar is thriving and is at its most stable point in a generation. However, the Russian ruble has been one of the best-performing fiat currencies in 2022 and has been a formidable rival to the dollar this year.

It's been a "very tricky mix" to cope with, according to Kamakshya Trivedi, co-head of a market research department at Goldman Sachs, as inflation soars and interest rates are raised by the Federal Reserve. The Goldman Sachs expert believes that the dollar will remain strong, at least for the time being, despite the uncertainties. But compared to the recent surge in the value of the dollar, Trivedi said, most of that gain is behind us.

On July 16, Trivedi stated, "For now, we still expect the dollar to trade on the front foot." "There may be a little more to go, but most of the dollar rise is likely behind us,"