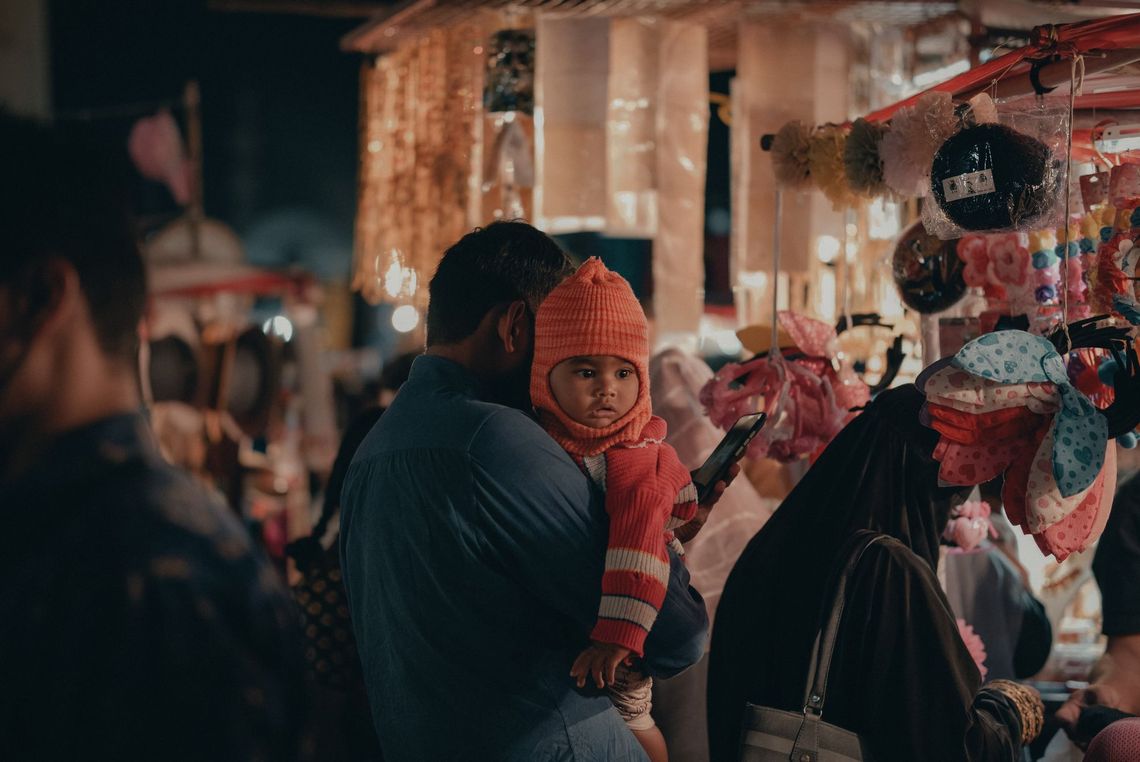 As a father hardly gets time for himself other than working his butt off for his family to survive in today’s expensive world, but at the end of the day, “Fathers’’ are human beings who need love, care, and free peaceful time to get a grip on their lives. It can be done with things like sipping a cold one with your pals (Other Dads) and putting on a movie that celebrates Dads as superheroes without powers!

That’s what Dads are right? They never complain about their lives and continue to provide for their families, but don’t they deserve breaks in their rush hour lives? They sure do and they deserve it, we have got you the Top 10 Dad Movies: Celebrate Dads Night, where the dads are the main protagonist of the film. You should lay back, get your beer and snacks and enjoy this list we have provided you. So go on and list down the ones you want to see, as we have saved your time to scroll on Streaming platforms and search for something that would celebrate Dads.

You got Batman (Michael Keaton) changing diapers and reading bedtime stories to his kids in this movie, he is a stay home dad. Everything was going fine in the family when both Jack & Caroline worked at their well-paying respective jobs when one day Jack loses his job due to unforeseen circumstances. Now their world has turned upside down as their income is lower than they need, and they can’t afford a nanny on top of that.

They come to the conclusion that Jack will stay at home and take care of the kids and the chores, while Caroline provides the bread for their house. It’s crazy, right? Watch how Jack struggles to do normal chores of his house and pamper his kids, he is a good father but he has no idea about how to handle kids and cook for a family! It would be funny to watch this movie as a dad and imagine yourself in this situation, “Mr. Mom” is a stress-free movie full of fun and drama.

A family who stays far away from modern life and people, in a forest where they follow old school ways of being human. Viggo Mortenson plays Benny Cash, who is a father and the head of the family. His six kids follow a very strict regimen by their dad, where they hunt, learn, exercise, etc. One day he finds out that his wife is sick, and refuses to treat her at a hospital. His behaviour leads to her death, and some of the kids start hating their father saying he let their mother die.

This situation leads the family to enter the real world, where they feel like aliens where ideologies are different from the forest. They tackle many issues while they move forward in an alien world, and you will see that no matter what the ideals are, the most important thing for a father is his family and nothing else. He isn’t the perfect father, but he loves his kids and agrees to switch to the modern world for their future.

Matt Damon plays Benjamin Mee, who is a journalist and father to two kids. After tragically losing his wife, he gets depressed and starts falling into the pit, but he realizes that he has to take care of their two kids. He buckles up and buys a rundown wildlife reserve facility, where he moves in with his two children and tries to live this new life.

He takes on a depressed tiger which reminds him of himself, and other wild animals, he plans to open a zoo and hires an amazing staff. A Father who takes care of his children and gives himself time to heal will inspire you, the movie is a gem for the Widowers who take care of their little ones. We know how hard it is to be a dad, it is as same as being a superhero who never gets the credit.

Jim Carrey is one of the funniest actors of all time, he is a lawyer in the movie and we know that sometimes or most of the time, lawyers love to make up lies to survive. The character in the movie is a dad who always manages to upset his only son and never shows up for any of his special days. He keeps making promises to his wife and son but always fails to keep up the promises. During his Birthday, the kid blows the candle and wishes that “I hope my dad never lies again, and always speaks the truth”.

The Gods get into work as quickly as possible and things go crazy from here, as the dad finds out that he can never speak the lies again! Whatever he utters out of his mouth is sheer truth and nothing else! This puts him into trouble in day-to-day life, also he speaks the truth during a case trial he had been working hard for. “Liar Liar” displays a father who is hard-working, but never manages to find time for his family. It’s a funny movie which you could enjoy with your other Friends who are fathers.

In this movie Harrison Ford plays the President of the United States of America, and a father and husband. When returning from a business meeting in Russia, the Air Force One plane the president is traveling on gets hijacked by the Russian Terrorists! Harrison Ford has to do everything to save his family and the first family of the U.S.A. He is given a choice by the hijackers, which is to sacrifice his family and return back to his nation, or risk the intel of his nation and save his family.

The Movie is filled with action & drama, you would love to see how the president makes the decision also thinking that he is a father and has to protect his family. Will he give up his family or his nation? You will find out when you watch Air Force One, also you will feel proud being a dad after this movie ends.

Any Movie list is incomplete without a horror flick in it, this movie is something that will always be spoken about when people describe cinema. Jack Nicholson plays a psychotic father, who terrorizes his whole family for his reasons. Now we aren’t saying that you should do the same with your family, but we understand that sometime you might be feeling angry with them.

It all starts when the family moves to a weird and isolated hotel, people were always scared by the sight of this hotel as it had a violent and dangerous past. Jack begins to lose his marbles when he feels isolated in such a big house, he starts attacking his family members when he loses his sanity! Jack has to get the award for the “Most Terrible Father” in cinematic history, but the acting in this one is top notch and how can you forget the scene where he pushes his face through the door he just axed! Shining can be a fun movie for a dad to watch with his friends, that’s the reason it makes it our list.

The Great Late Robin Williams plays a father disguised as Nanny in Mrs. Doubtfire, his character is known as Daniel Hillard who always breaks promises with his kids and his wife. After the divorce, the court orders him and says that he can only see his kids once a week, this breaks his heart, and starts regretting wasting the time he had before.

But things take a funny twist when Daniel finds out that his ex-wife has been searching for a Nanny to take care of her children. He disguises himself as a British Nanny and manages to take the job, after spending time with his children he becomes their best friend nanny. He does every chore from cleaning the windows, and toilet, to reading bedtime stories, and becomes the kind of father he should have been from the beginning. This movie will show you the length a father would go to be around his children, and also that everyone deserves second chances.

Three Single Men living in New York City find a baby girl left in front of their door, they take her and try to find out her parents. After finding no luck in tracking, they slowly look after her by doing chores a dad would do. They hate every minute of it as it is not their baby whom they are taking care of, the smell of baby poop and changing diapers is the biggest task in the world for these three bachelors.

But as slowly the movie proceeds you see them finding a soft corner for the baby girl, she starts giving them love and receives the same in return. Their attachment keeps growing day by day until they find the parents, now they are left sad as they would have to let her go. This movie will tug your heart and show you that men too are vulnerable and able to take care of infants, even if it’s not their own. Switch this movie on and celebrate the strength and vulnerability of being a dad, this is why it makes our list of Top 10 Dad Movies: Celebrate Dads Night.

A Movie about Dads, who played basketball together during High School happened to remove time from their busy lives and meetup. But the reason they meet up is indeed sad, and it’s because their high school basketball coach had passed away. This movie has the set of the funniest actors like Adam Sandler, Chris Rock, David Spade, Kevin James, etc. It also has the delicious Salma Hayek in to add some spice to his Dad Comedy.

They meet up and decide to spend the Fourth of July weekend together, at the “Mr. Hollywood” Lenny’s (Adam Sandler) house, they go through a lot of memories together and try things they shouldn’t try as adults. Grown-Ups will be a perfect movie to watch with your friends who also are Dads, maybe you can plan a day out for yourself like this group of crazy dads! We had to add this Amazing Dad Comedy Movie to our list of Top 10 Dad Movies: Celebrate Dads Night.

Liam Neeson plays a father of a teenage girl, and a retired CIA Agent in Taken, he is an ex-spy who has been known for his dangerous set of skills during his time in the federation. The Movie is also known as “96 hours and the Hostage”, it’s directed by Luc Besson who has directed some wonderful movies.

The story starts when his daughter is kidnapped when she was on a trip to Paris, he gets called about the kidnapping of his daughter by the villains. He embarks on a mission to save his daughter and anything possible to save her, that by warning the kidnappers with his famous line “I don’t know who you are, but I will find you and kill you!”. He uses his special skills to beat the crap out of people and travels across Europe to save his daughter, what a Bada** father he is, isn’t he? That’s why Taken tops our list of the Top 10 Dad Movies: Celebrate Dads Night.