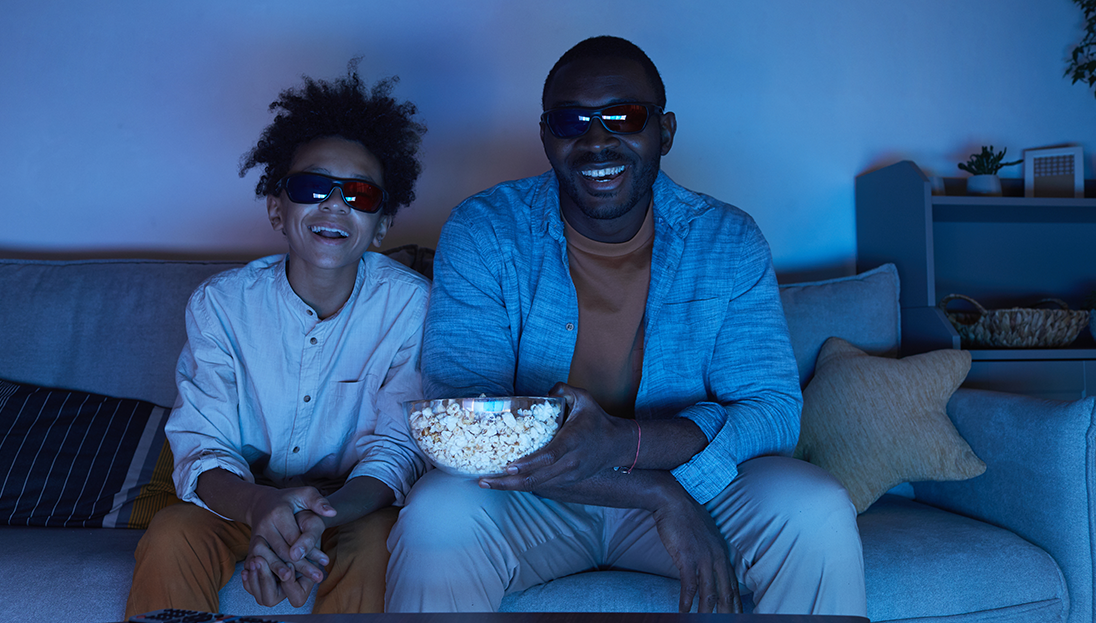 Top 10 Movies for Dads to watch with their Teenage Sons

In today’s date having quality time with your kids is difficult, and when you get that time somehow then you can’t figure out what to do. Being a father is a tough job, handling the bills and still trying hard to be available for your family and kids. Handling a Teenage daughter and handling a Teenage Son are two different things, girls are this soft energy of light and on the other side you got your teenage sons breaking his nose flipping skateboards. But despite this rage energy vibrating from your teenage sons, you got to spend time with them to tech them bout life and how a man should be. As a father’s influence shapes the son for his future, like how he treats women and kids when he is an adult depends on what he was thought when he was going through puberty.

Being a dad, you can do fun activities with your teenage son like going for fishing, teaching him how throw a ball, teaching him how to handle a BBQ, but what if your son doesn’t want to do outside activities? Then the best idea is to put on a movie which would be comfortable for you both to watch, this can also help you to grow closer to your teenage son and maybe he can open up to you more. If you’re wondering what kind of movies would be good to watch with your son, then don’t worry we have got you covered here. We have got you Top 10 movies for Dad to watch with their Teenage Sons, you won’t have to jump in the hole of internet and try to find something worth watching. Just go on with the list we have given and you will have a great evening, we are sure these movies would help you understand your son and vice versa.

Big Fish is a fictional family drama directed by Tim Burton and the story was also written by him; he wrote the movie after his father passed away in 2002. This story is about a dying father and a son who is trying to decipher his father life and his wishes, he starts telling his son stories which seem unreal and larger than life to his son. He doesn’t understand what’s real and what’s fiction, but after his father’s death these stories keep him connected to his soul somehow. It’s an emotional story about how a father and son cope their weak relationship during the final moments, if you want to teach your kid a lesson about life then you should put on this Tim Burton classic.

Now if there was a poll on “Who is the Best Father in the world?” I think it would go to Goofy! Because Goofy is the coolest person in the Mickey Mouse Gang, the tagline for this movie was accurate and it said “It’s hard to be cool, when your dad is goofy”. In this movie you see goofy taking his teenage son Max on a fishing trip, but like every other naughty teenage son max would rather spend his summer with his friends or with his crush. This movie shows how Goofy tries to learn about Max and his life, and it resonates with a lot of Fathers trying to know about their sons.

A Story written by Shia LaBeouf on his father and his relationship, he wrote it when he was trying to fight his addiction and depression in rehab. Shia plays the role of his own father and the movie who was suffering from alcohol and Shia being a child artist had gone through the times he didn’t wish he had, being with a father who is abusive and absent affects the son in his future. He thinks after playing his Father in this movie he got to know about him more, and also it helped people know what Shia went through when he was a rising kid in movies. Even though its on a little rough side, but we still have it on our list of Top 10 movies for Dad to watch with their Teenage Sons because its important.

A Movie that has the Sprouse Twins acting and also the funniest man on the planet Adam Sandler displaying his acting skills, this story shows that to be a father to a kid you don’t have to necessarily be blood related. This story starts with a funny way where Adam Sandler’s (Sonny) pretends to be his roommate and takes care of the kid just to show his girlfriend that he is dependable and mature enough for her to trust him. As the movie goes on and they both go through things, and Sonny fights for his custody. This Movie is wholesome to watch with your teenage son, it shows a soft bond between a kid and a father figure in his life.

Now who doesn’t know about “Finding Nemo”, the Disney classic became a family favorite when it came out. Despite being an animated movie, it shows the relationship between a father and his son perfectly, not for once you would feel it’s a kid’s movie. The story is about Nemo who gets lost into the vast ocean and his father who goes through all possible dangerous scenarios to find his son. The Love between a father and son is something very pure, you would feel the helplessness of the Nemo’s father and would also embark on the journey to find Nemo his son with him. This Classic would never grow old and its possibly one of the best movies out there for kids, that’s why it has a place in our list of Top 10 movies for Dad to watch with their Teenage Sons.

A Wholesome movie written by John Favreau, who also plays the role of the Father in this movie. John plays Carl Casper a very successful chef who later fails in his work and terribly goes through a down period. Being absent for his son during his time as a chef, he decides to put up a food truck and involve his son in his day-to-day activities. For the spicing on the food, we have Sofia Vergara playing the mother of Percy in the movie, now we all love this funny and gorgeous Latina. Percy helps him to promote the food truck on social media, and it becomes a massive success within the people. Carl learns that there is nothing more important than your family, and decides to be more present in Percy’s life from there on.

A Fun comedy of Father and Sons which has Will Ferrell and Mark Walberg at the lead, the movie is about two dads fighting each other for their sons. The Amount of dry humor and Dad jokes in this movie hits the meter up high, the movie has its giddy moments and make you laugh your stomach out with your sons. The Intense sparring match in the movie feels like Mayweather and Pacquiao, only if they were idiotic fathers.  It’s a fun movie to watch with you son, as not every movie should teach you something and sometimes you can just chill and have a laugh together.

In this movie the son has two fathers compared to others having one, the biological father is played by the Greatest Actor Alive “Robert De Niro” and the other person who is a like a father figure to “Calogero” is Sonny (Chaz Pallimenteri). The Kid is messed up between whom he should follow between his real father and a father figure form he streets of Bronx, one teaches him valuable ways of life and the other shows him organized crimes in the neighborhood of Bronx in 60s. The story was written by Chaz Pallimenteri himself, and its still a great movie to watch with your son.

If you’re a father looking for movies to watch with your son, then there’s a chance you might have been a teenager yourself when this wonderful movie came out. The Cinematic moment when the great Late Robin Williams quotes “Carpe Diem, Seize the day, boys and make your loves extra ordinary”, the powerful young who went on to become amazing actors in future and this movie became a cult classic. Dead Poets Society has a lot of learning for teenage boys going through a phase of being confused about life, this can be helpful to your son and he can grasp some useful things from the movie.

1.The Pursuit of Happyness

Possibly the best movie ever been made about a relationship of a Father and Son, this movie tugs your heart and mends it back again. The real-life Father Son duo, Will Smith and Jaden Smith make this movie extra ordinary, it shows a struggle of a father which are often overlooked in the society because fathers are only supposed to be these providers for their families. The Bathroom scene where the father says they are camping tonight when they don’t have a place to sleep will make you weep like a kid, there is nothing better than this movie which has everything you would want to feel during a movie. This is why The Pursuit of Happyness tops our list of Top 10 movies for Dad to watch with their Teenage Sons.