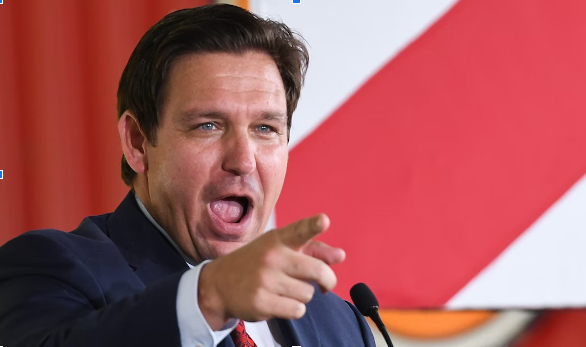 When more migrants arrive, the shelter coordinator on Martha's Vineyard responds, saying, "They have to go somewhere else."

After being questioned about 50 illegal immigrants landing on the island, Lisa Belcastro, the coordinator for Martha's Vineyard homeless shelter Harbor Homes, made some viral comments on Thursday.

Belcastro's comments follow Florida Governor Ron DeSantis' Wednesday dispatch of the undocumented residents to the island off the coast of Massachusetts.

In a statement, a representative of DeSantis' office said, "Yes, Florida can confirm the two planes carrying illegal immigrants that arrived in Martha's Vineyard today were part of the state's relocation program to relocate illegal aliens to sanctuary areas." States like Massachusetts, New York, and California, encouraging illegal immigration through their classification as "sanctuary states" and support for the Biden Administration's open border policy, would better enable the care of these people they have encouraged into our country.

The official continued, "During the most recent legislative session, the Florida Legislature appropriated $12 million to develop a program to expedite the transport of illegal aliens from this state by federal law.

Fifty illegal immigrants arrived on the small island, home to ultra wealthy progressives like former President Barack Obama, drove the political Left into a tailspin, with some making bogus claims that DeSantis had instigated "an ethnic cleansing scheme."

Under President Joe Biden, millions of illegal immigrants have flooded the country, especially in southern states. Still, neither the media nor the political Left has shown any interest in tackling the humanitarian and security problem.

In response to a question about the "most difficult challenges" the island was facing as a result of the entrance of the 50 illegal immigrants, Belcastro said on Thursday: "The difficult challenges are, we have, they have to transfer from here to somewhere else at some point in time."

She continued that we cannot care for 50 immigrants because we lack the resources to do so. "And we most definitely lack housing. On this island, there is a housing crisis. Furthermore, we are unable to accommodate all of the residents and employees. Housing is not available for 50 extra persons.

David Asman, a media personality, remarked on Twitter, "Tucker's riff tonight on the hypocrisy of wealthy MV residents, like the Obamas, rejecting immigration in THEIR community is great."

Former Margaret Thatcher assistant Nile Gardiner stated on Twitter that "liberal elites are the worst hypocrites on earth." "Until the border is at their front door, they worship open borders."

"Wow". Joel Berry, Managing Editor of the Babylon Bee, tweeted that "the richest, most connected people on the planet can't take care of 50 people. "Imagine what the poor and middle-class people in border towns are dealing with tens of thousands per day."

Stephen L. Miller, a political commentator, mocked: "Deplorable xenophobia. We are not like this.

Fifty people. According to these wealthy snobs, their community can't support more than fifty people, John Cooper of the Heritage Foundation tweeted. Border towns, meanwhile, cope with hundreds of migrants every day.

"Perhaps they can put up the tent again?" Levine threw in. "Or rap on his door. His house undoubtedly has room.

Don't misunderstand her, foreign policy analyst Michael Scott Doran remarked. She enjoys foreigners. However, they must live in a neighborhood with affordable housing.

Doran said, "Housing them near wealthy people is unfair to THEM. She reads from a script DeSantis wrote for her, but she is unaware of this.