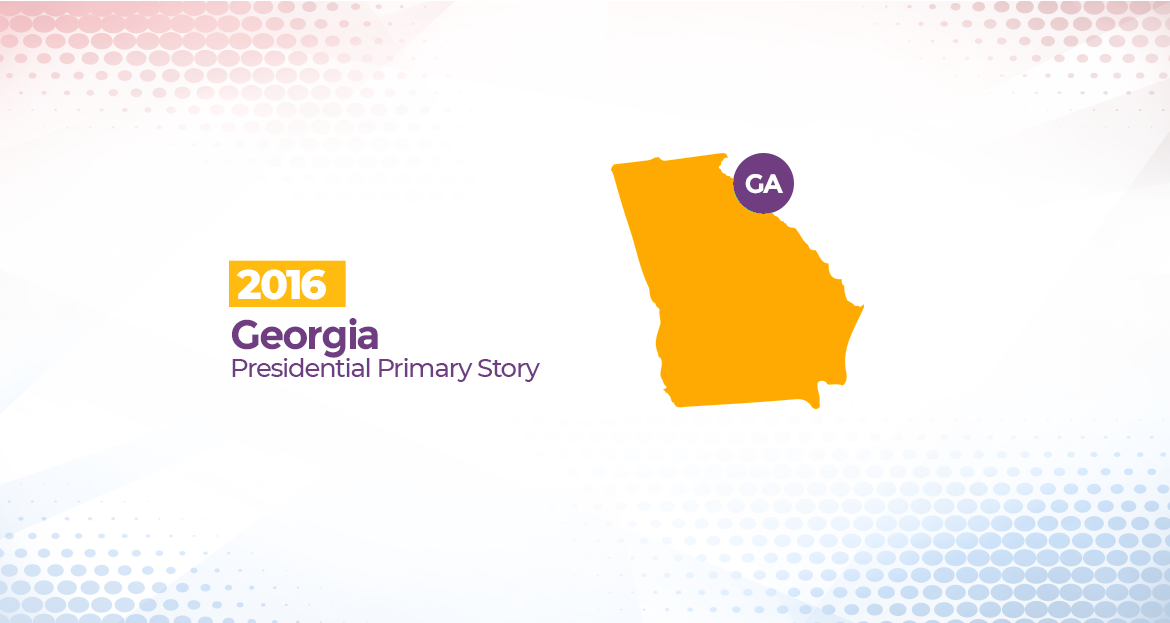 A head to head comparison of the Georgia 2016 Primary gives us an idea of the break down of the voters.

In the Primary, Trump won 119 counties in the 2-way match up. Clinton trailed behind Trump winning 40 counties in Georgia Primary.

These 10 counties play an important role in these primary elections. Even though a candidate, can get a sizable majority in the larger counties (Fulton, Cobb) it is possible for the other candidate to catch up from the smaller counties.

Fulton and Cobb, two of the larger counties voted in favor of Clinton, giving her over 64k vote advantage over Trump. Clinton's steady win in many other counties helped her gain an upper hand in the State of Georgia.