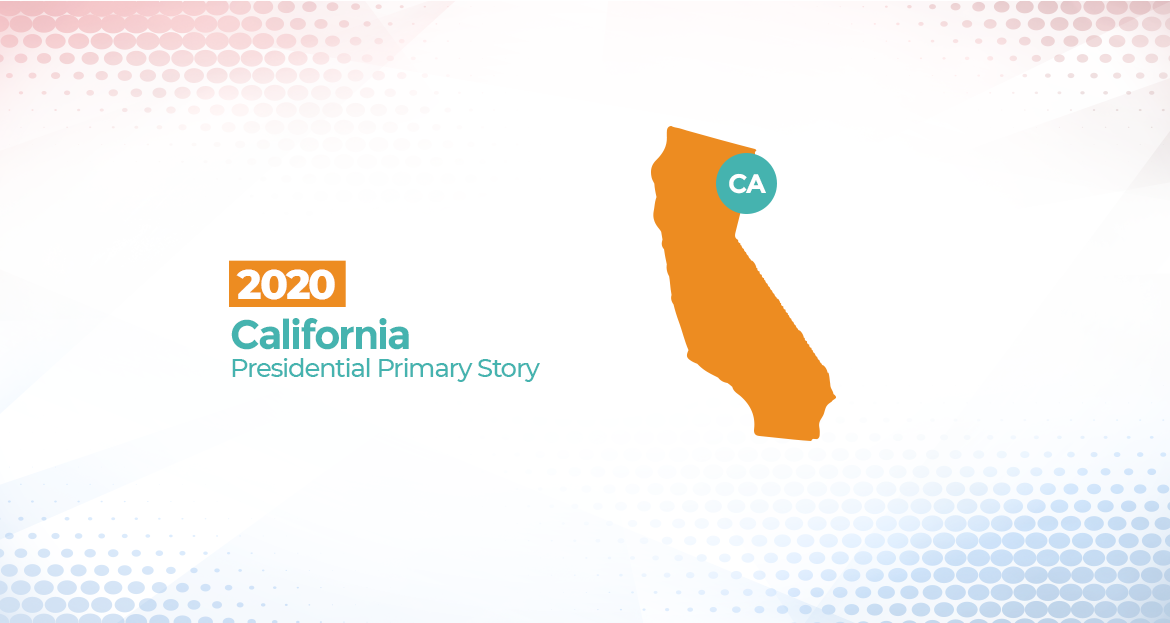 A head to head comparison of the 2020 California Primary gives us an idea of the break down of the voters.

Donald Trump received 30% (2.2M votes) beating both Bernie Sanders who had 28% (2M votes) and Joe Biden who had 21% (1.6M votes) in the overall count of votes in California if the election were among these 3 candidates.

Donald Trump simply won the majority of the top 10 counties. Joe Biden and Bernie Sanders could not achieve a victory since Donald Trump captures so many voters across most counties.