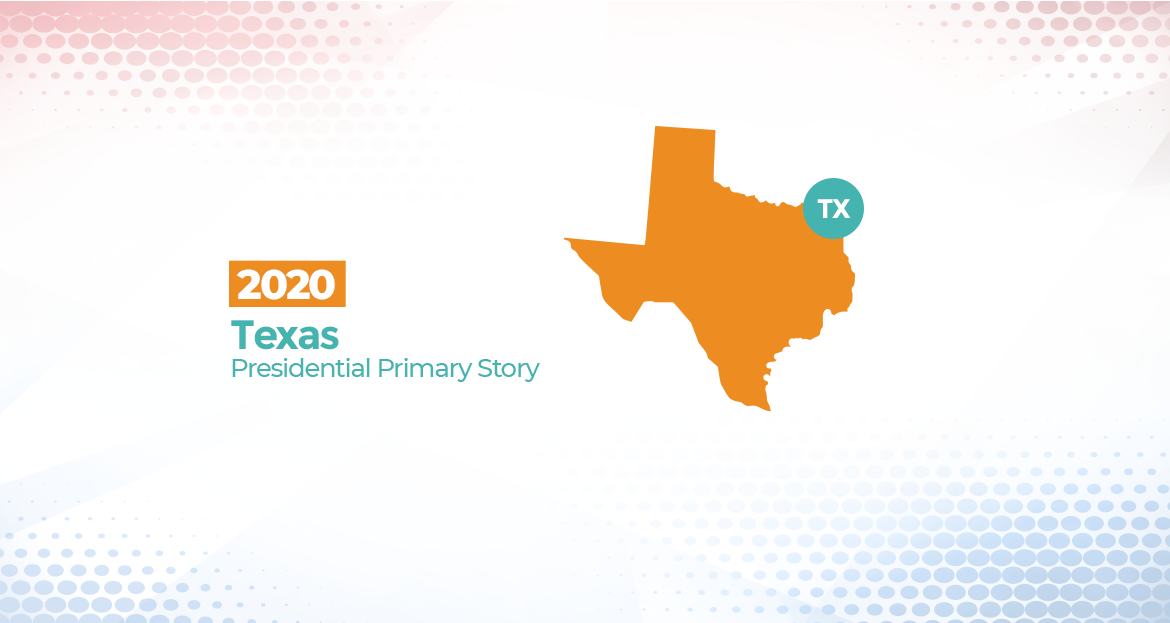 A head to head comparison of the Texas 2016 Primary gives us an idea of the break down of the voters.

President Trump received 50% (1.8M votes) beating both Joe Biden (725K votes) by 31% and  Bernie Sanders (626K votes) by 34% in the overall count of votes in Texas if the election were among these 5 candidates as depicted in the graph above.

President Trump won 232 counties, the majority among these five candidates. Sander wins 17 out of the 254 counties in the state of Texas beating Biden who won 4 counties. In this 5-way match up, Bloomberg won only a county.

These 10 counties play an important role in these primary elections. Unlike in California, in Texas, top county though quite big is not an order of magnitude larger than the other counties. Even though a candidate, can get a sizable majority in a large county it is possible for the other candidate to catch up from the smaller counties.